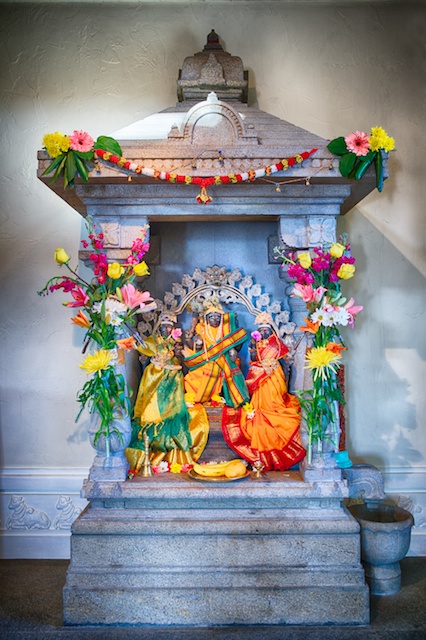 Karthikeya is the second son of the divine couple, Shiva and Parvathi, and the younger brother of Ganesha. He is also known as Kumara, Shanmukha, Subrahmanya, Skanda, and many other Sanskrit names. His wives are Devasena (Amruthavalli) and Valli (Sundaravalli).

Karthikeya has six heads and is an embodiment of perfection. He is a war god and brave leader of God’s forces, created to destroy the demons which represent the negative tendencies in all of us. Karthikeya tends to the spiritual growth of aspirants, having the fire and energy to lead the army towards moksha. He represents transmutation of sexual energy and utilizing such energy for spiritual evolution. He takes care of health, family life, healthy children, and assets such as land, etc. Fire and Mars relate to Karthikeya.

Those who are suffering with Rahu, Ketu, Kala Sarpa Dosha (In the Vedic chart, people whose planets sit between Rahu and Ketu.), and those having sarpa shap (curse of the snake) should worship Karthikeya.

Curse of the Snake

The serpent power has a very positive aspect. For some people, “curse of the snake,” has the feeling of something not real, like a superstitious, scary movie. Yet, the undesirable quality that the word ‘curse’ elicits is intuitively there also. How do you know the nature of that quality? That is easy. You FEEL it. How do you know if there is imbalance with respect to the serpent operator? You feel it. Otherwise, at least one of the list of signs provided below could apply to everyone. Yet the list is valuable if it is wisely used to assist you in getting a feeling for that arena.

If a person has the curse of the snake, there is a problem with the kundalini energy. These are some signs:

How Serpents Correlate on Different Levels of Life

Some examples, in the human physiology, of how serpents infinitely correlate through all levels of existence:

Nadis are a network of subtle channels in the human nervous system. According to Shivasamhitha (ancient scriptures), there are 14 principal nadis. Of these, the ida, pingala, and sushumna are most important. These three Nadis correlate to Kartikeya and his two wives.

Ida is the left channel originating in mooladhara (1st chakra) and ends at the top of the left nostril. Ida is Karthikeya’s wife, Valli (meaning vine or creeper like the nervous system).

Pingala is the right channel that also originates in mooladhara and ends at the top of the right nostril. Pingala is Devasena, Karthikeya’s other wife.

Sushumna is the central channel (the straight line going up the spine, like a serpent). It starts just below the mooladhara chakra and it goes through the third eye, touching both the ida and pingala, and reaches the sahasrara (7th chakra). Sushumna is Karthikeya and looks like a snake. According to Vedic scriptures, Karthikeya (Subrahmanya) is the snake god. Those who carry the curse of the snake should awaken the nadis. In other words, meditate and worship Karthikeya.

These three nadis play a vital role in kundalini yoga. The first step of kundalini yoga is the purification of nadis. We purify them by performing the Karthikeya puja and of course, meditation.

You could look at the travel of divine energy in the human physiology as starting with Ganesh in the root chakra, the mooladhara. Then moving up the spine via Karthikeya (sushumna) along with Valli (ida) and Devasena (pingala). It reaches Shiva in the 7th chakra, the sahasrara.

“Kartikeya is the harmonizing principle of the dynamics underlying existence. if Ganesh is likened to the structure of a crystal, Karthikeya is the order of the dynamic display of light as it is shined through that crystal and the crystal is rotated. That is why Karthikeya is referred to as the commander and chief of all the Gods.” – Michael Mamas