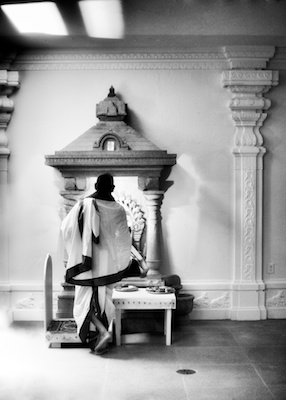 What are temple ceremonies?

A: Read What is a Vedic Ceremony? on DrMichaelMamas.com.

A: Invoking God and offering Shodasopacharapuja (16 types of offerings to God) should be performed for each puja. In a puja, there are many reasons for doing each action and each action has many effects.

All foods and spices used in a puja are equal to medicine. After the puja, they are given to people to eat. Nothing is wasted. 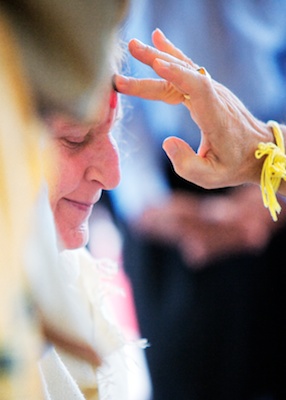 Q: Why do we put kumkum just above and between the eyebrows?

A: Kumkum is made by grinding together turmeric horn with kumkum stone. The mixture is used to paint the bindi point on the forehead. Kumkum can be applied as a dot or a vertical line between the eyebrows. It symbolizes the third eye of wisdom or enlightenment which opens when the spiritual seeker has purified his mind.

One’s power is held in the space between the eyes. This is because it is where the three parts of the nervous system meet – the ida (solar force), the pingala (lunar force) and the sushumna (the spinal cord). Placing kumkum on the bindi point assists the integration of the nervous system and also helps protect a person from having negative energies coming in.

Q: Why do we apply vibhuti to the forehead?

A: Three horizontal lines are applied across the forehead and symbolize various triads that the seeker has to transcend. They include the syllables of Om or Aum which represent the Trinity, the planes of waking dream, and deep sleep. The horizontal lines can also symbolize the three gunas of sattwa, raja, tamas. In addition, they can symbolize the instruments of the gross body, subtle body, and causal body.

Vibhuti is a reminder of Shiva, that all that exists is Consciousness. It invites us to go beyond our world of illusion and live from the depth of our being.

Wearing kumkum or vibhuti serves as a constant reminder to the seeker of his ultimate goal of self-realization. 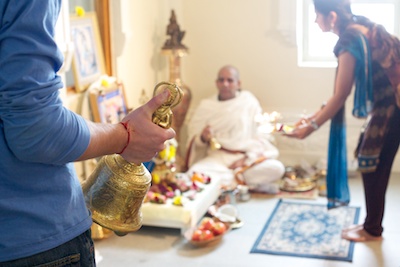 Q: What is the significance of bell ringing in the temple?

A: The sound is the Om sound to invite the Divine energies on the outside and inside. It also removes the negative energies.

Q: Why do we burn incense?

A: Incense burns negativity and brings purification with refinement. Different fragrances clear different parts of the physiology and allow the physiology to bloom. The freshness invites an awakening of the mind and heart to God.

Q: Why do we primarily use the fruits coconut and banana in pujas?

A: In nature, the coconut and the banana are the fruits that are in and of themselves the seed as well as the fruit. 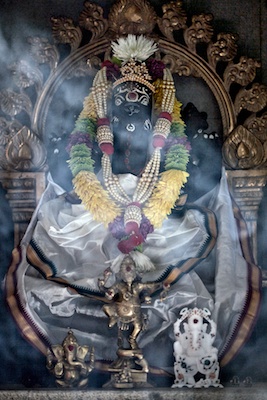 Q: What does “Veda” mean? How many Vedas are there and what are they? What are their Upavedas?