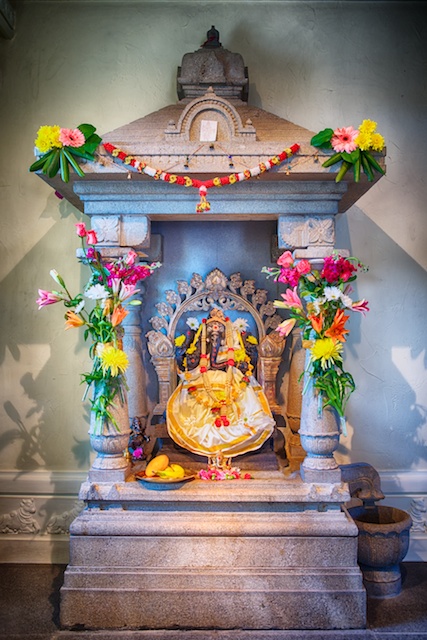 Lord Ganesh, also known as Ganapati and Vinayaka, is the son of Shiva and has an elephant’s head. Lord Ganesh is best known as the Lord of Categories and the Remover of Obstacles. He is here to realign us with the divine harmony of Nature. By doing so, obstacles just melt away. Therefore, Lord Ganesh is paid homage to first before any other God, as no spiritual or worldly action can be successfully undertaken without his assistance or blessing. This is a boon said to be given to him by Lord Shiva. Lord Ganesh is also revered as the deity of education, wisdom and prosperity. He rewards his followers with discernment, peace and good luck. He cares for us all and is thusly known as the protector of women and children.

This Story that Explains why Lord Ganesh has an Elephant Head

As a child, Ganesh was created by his mother, Parvathi, to guard her from anyone entering her bath. Lord Shiva returned home and sought out his wife, only to be stopped by a little boy who would not let him pass. Lord Shiva became very angry and cut off the boy’s head. When Parvathi saw what had happened, she was very upset and asked Shiva to restore his life. Lord Shiva directed his soldiers to find the first being they saw with his head facing North. This happened to be a dying elephant and once he was dead, they cut off his head and brought it to Lord Shiva, who then fastened the elephant’s head on the boy and brought him back to life.

Lord Ganesh, with his head of an elephant, one of the biggest animals on earth, rides a mouse, which is one of nature’s smallest animals. The significance of his vehicle being a mouse is the complete conquest over pride and identity. If you want the unstoppable power of the elephant behind you, then you must approach your evolution with utmost humility.

Lord Ganesh is often depicted with four arms. In one hand he has a rope; in another, an axe. With the axe, he cuts off his follower’s attachments to the world, thus ending sorrow. With the rope, he pulls them nearer and nearer to the truth and ultimately ties them down to the highest goal. In his third hand, he holds a rice ball (modaka), representing the reward of the joys of sadhana (practice) which he gives his devotees. With the last hand, he blesses all his devotees and protects them from all obstacles on their spiritual path.

The sacred utterance that represents Ganesh is “Thou art That” (tat tvam asi).

“Ganesh is the principle of categories or structure. To compare creation to a crystal, Ganesh would be the molecular structure of the crystal. Ganesh then is the remover of obstacles. By enlivening the underlying structure of life (Ganesh), we strengthen and stabilize our lives thereby removing obstacles to our progress. Ganesh is also the protector of women and children. Sociologically the family structure has traditionally be held together by the bond of mother and child. That family dynamic gives structure to life. So naturally, that is upheld by the principle we call Ganesh.” – Michael Mamas